This is an example about how to set up Mutable Populations and use a Population and its Population Classes.
The basic workflow is:

This example covers the "Poor" CO

For this example: Poor.

2.2. Choose a Customizable Object to base the class on

2.3. Add tags to the Customizable Object

If it does not have them already.
For this example: Cheap, Expensive.

2.4. Add tags to the Parameter options

At this stage, when you are at your own, it's recommended to start using the "Test Population Class" button. Each Constraint added reduces the randomness but gives more personality to the Population Class. It's a balance act that depends on the variety of your Customizable Object. In this tutorial, if you execute it now, you'll see that the poor folks have proper (miserable) clothing, but the other details don't match the image we are looking for. The colors are too cheerful, and some things are out of place.

2.6.1. Add a Characteristic for the Parameter "Amulet" and a Constraint of type Bool:

2.6.2. Add a Characteristic for the Parameter "Slim/Fat" and a Constraint of type Range:

2.6.3. Add a Characteristic for the Parameter "Shirt Color" and a Constraint of type Range:

2.6.4. Add a Characteristic for the Parameter "Handkerchief Style" and a Constraint of type Discrete:

2.7. Create other Population Classes to add variety to the Population

For example, a Population Class can be made in the following simple steps: 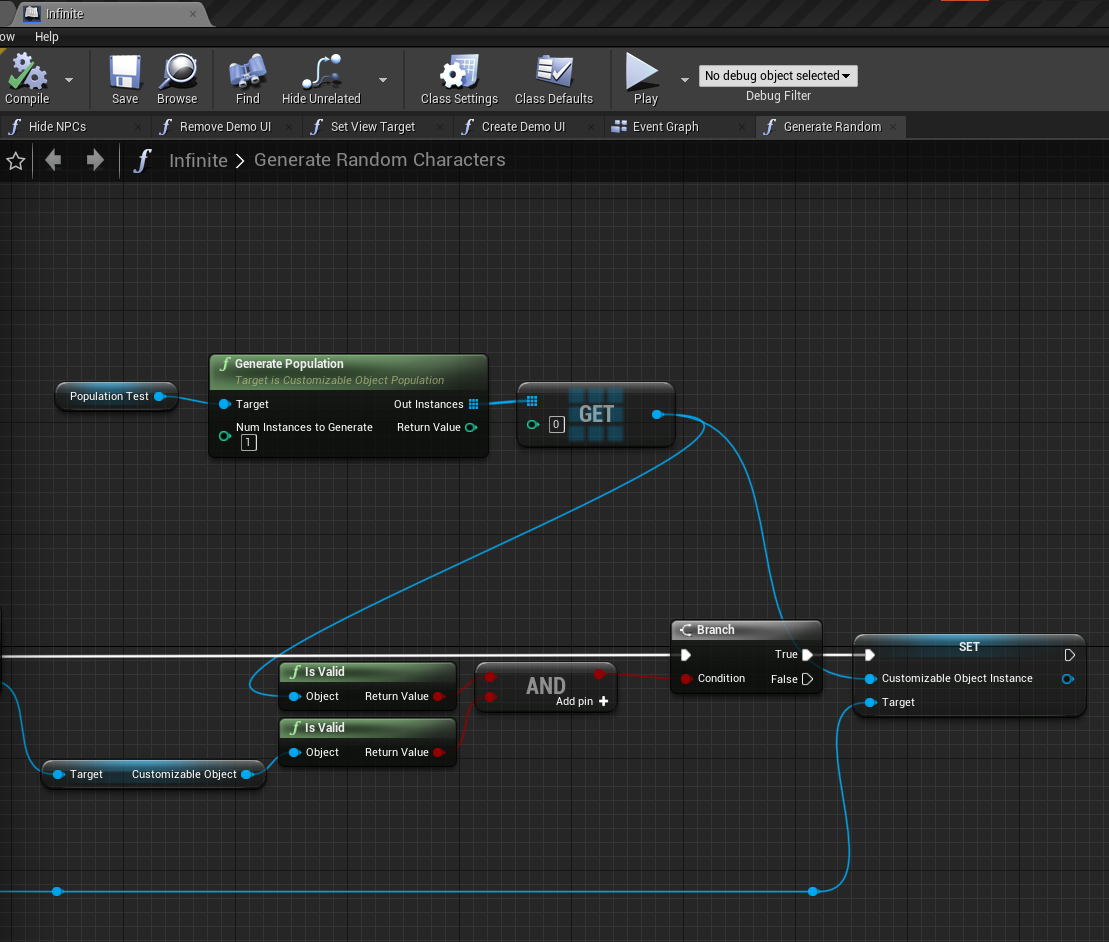 The example implementation shown in the picture can be found in the Village demo project, "Infinite" level blueprint, in the "generate random characters" function.

How to do this is not included in this tutorial, as it heavily depends on the specifics of each project. But you can always switch the Population asset used in the village demo infinite level for your own Population to test things out fast.