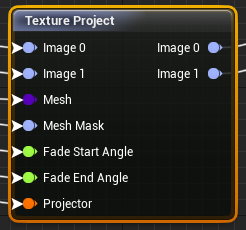 Projects one or more textures on a mesh. Transforms a flat image to a layed out version usable as texture for the input mesh. This node does not modify the mesh section or material.

Put a logo customized by the player on a jacket back.
Give the character a tatoo that can be placed anywhere, but no matter how the player moves it, won't affect the eyes or the nails.

Layout: Index of the mesh layout to use for the projection operation. Beginning at 0, and should be left as 0 for meshes with a single layout.
Textures: Amount of textures that the node offers to modify using the same projection parameters. Among other uses, it's handy for modifying flat color projectors and the masks that define their shape in a single node. Having more channels performs better than having multiple texture projections.

Image (index): Result texture from projecting the input image on top of the mesh, according to the layout selected in the node properties, and limiting its printable area as defined by the mesh mask. This contains only . As many output image pins as textures defined in the node properties, each output index corresponding to the same index in the input.

Illustration of fade angles, with texture results at the bottom. Left side has start at 25º and end at 45º. Right side has start at 45º and end at 90º. The red planar projector is directly in front, covers the whole body, but only the faces that have a normal with an angle to the projector normal lower than the start angle receive the full effect of the projector. And those faces with an angle higher than the end angle receive no projection at all, including back faces. 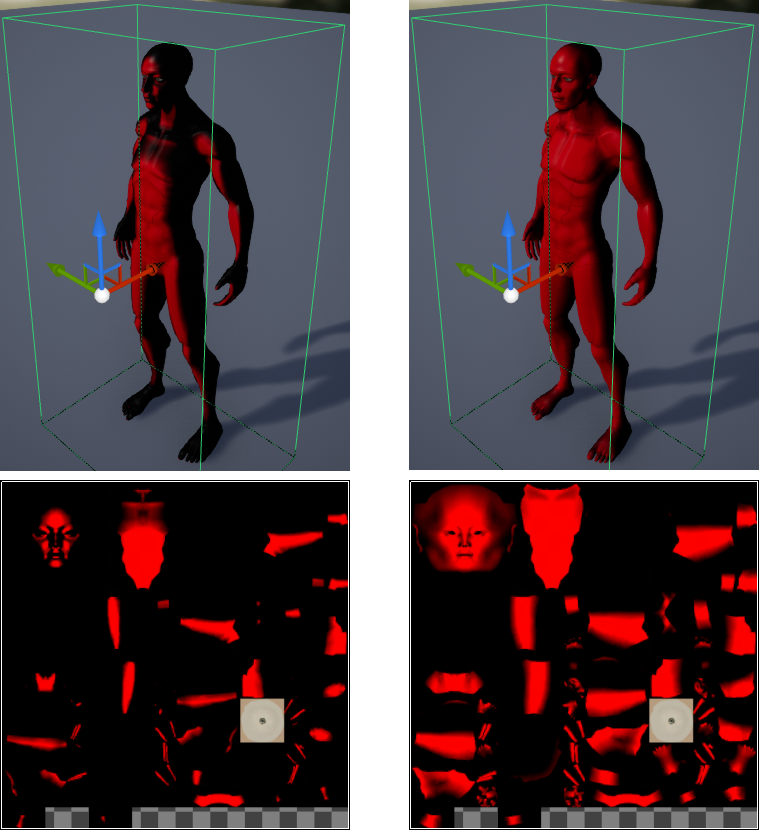 Illustration of mask input pin, the texture used as mask on the right. The red projector is directly in front, covers the whole body, and has large fade angles that allow it to paint faces in all directions. but can only affect the hands and forearm, as defined in the mask. 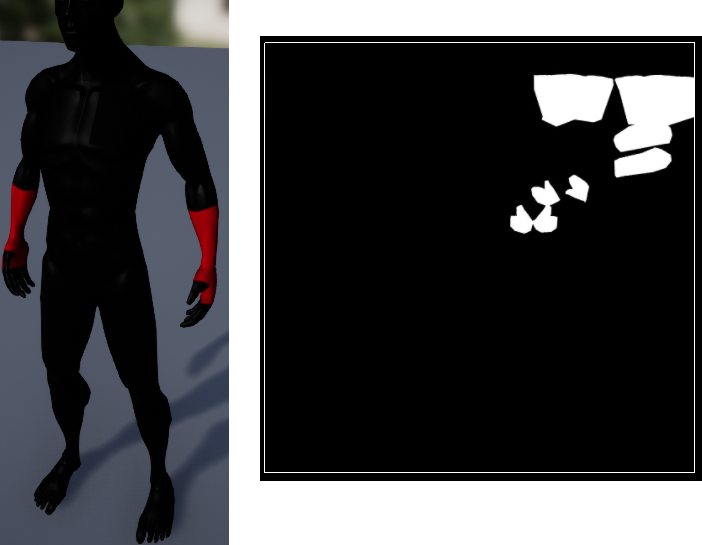