Defines of how the material UV layout is cut into logical pieces. When destined to a Material Node, it also defines the resolution per layout block of that material for any extension that is made to that material.

Define that the resolution relationship between a material and any addition to that material, like when adding a hair to a character to make sure that the hair uses up as much texture space as the head alone does.
Allow Mutable to optimize texture space by reorganizing the final UV, like when removing a large chunk of torso mesh because the character now wears a jacket. 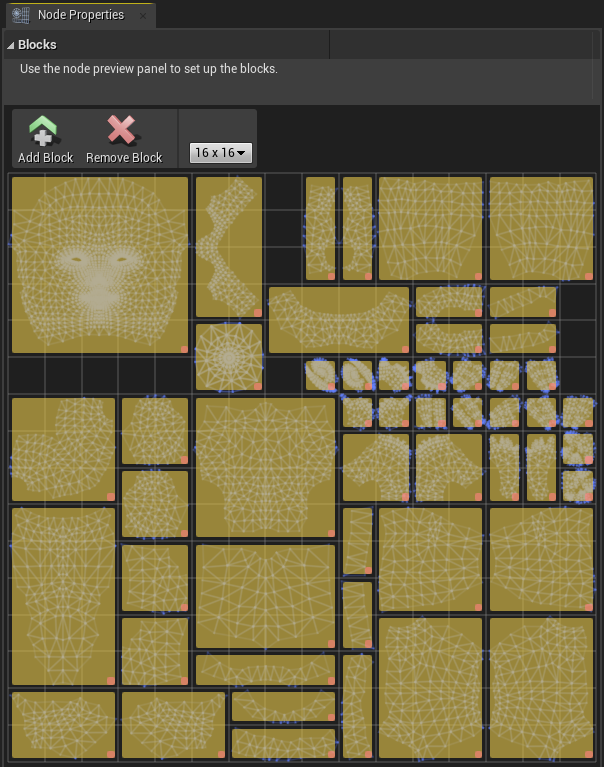 Layout: Layout defined in this node. When connected directly to a Skeletal Mesh Node, allows the block dditor in this node properties to have an overlay of the connected material UV.