The following demos are available for download either in their project or playable format in the Download section of the Getting Started page.

This demo shows how to create a complex model with a lot of customization options. The quality level is for a game with many characters on screen. It also shows how to use it to create a player customization lobby, game-designed created instances to place in a level, and procedural instances created on the fly. It is also the demo that contains the data used for most examples and tutorials in this documentation.

The demo has 2 different levels: 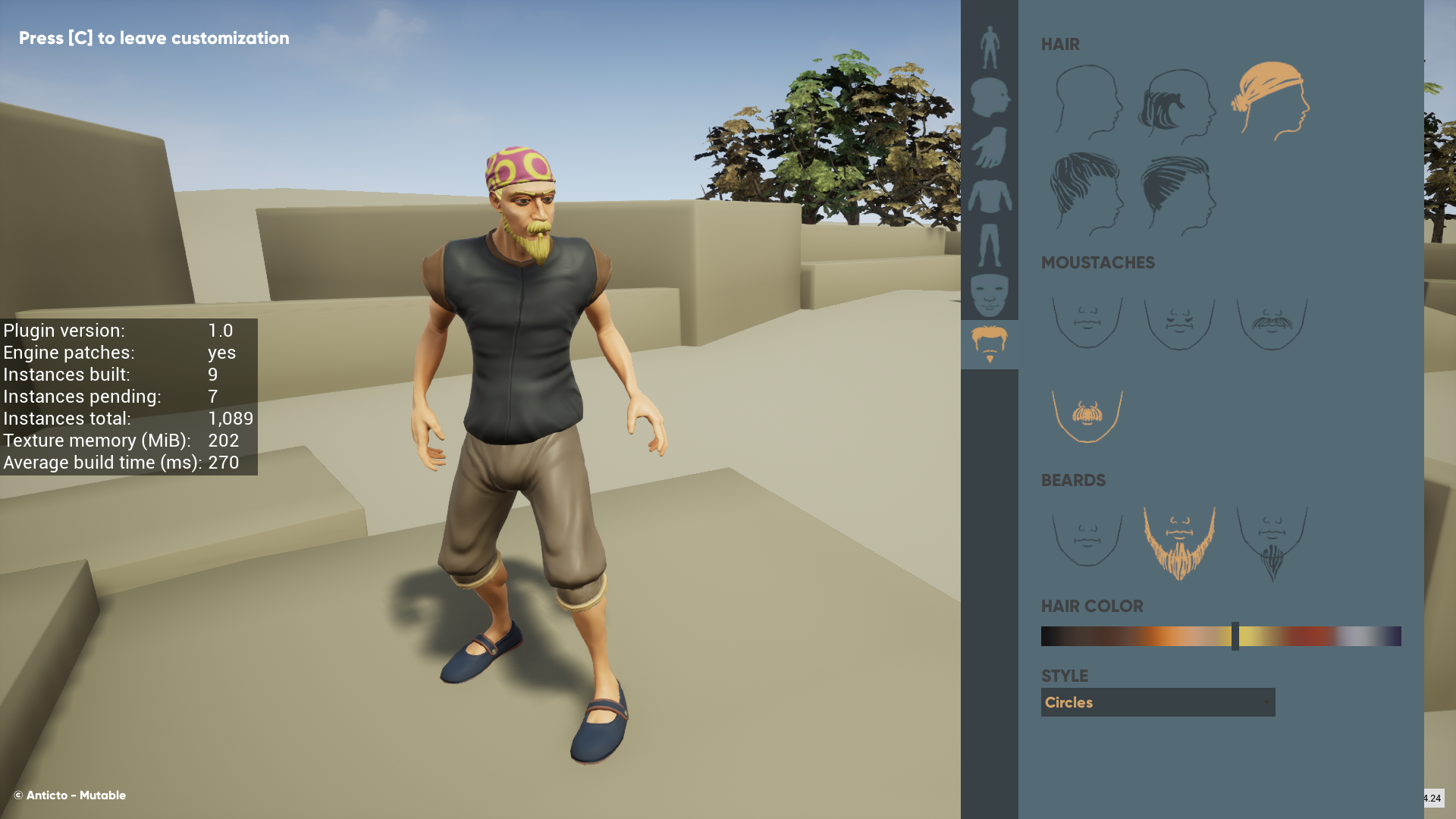 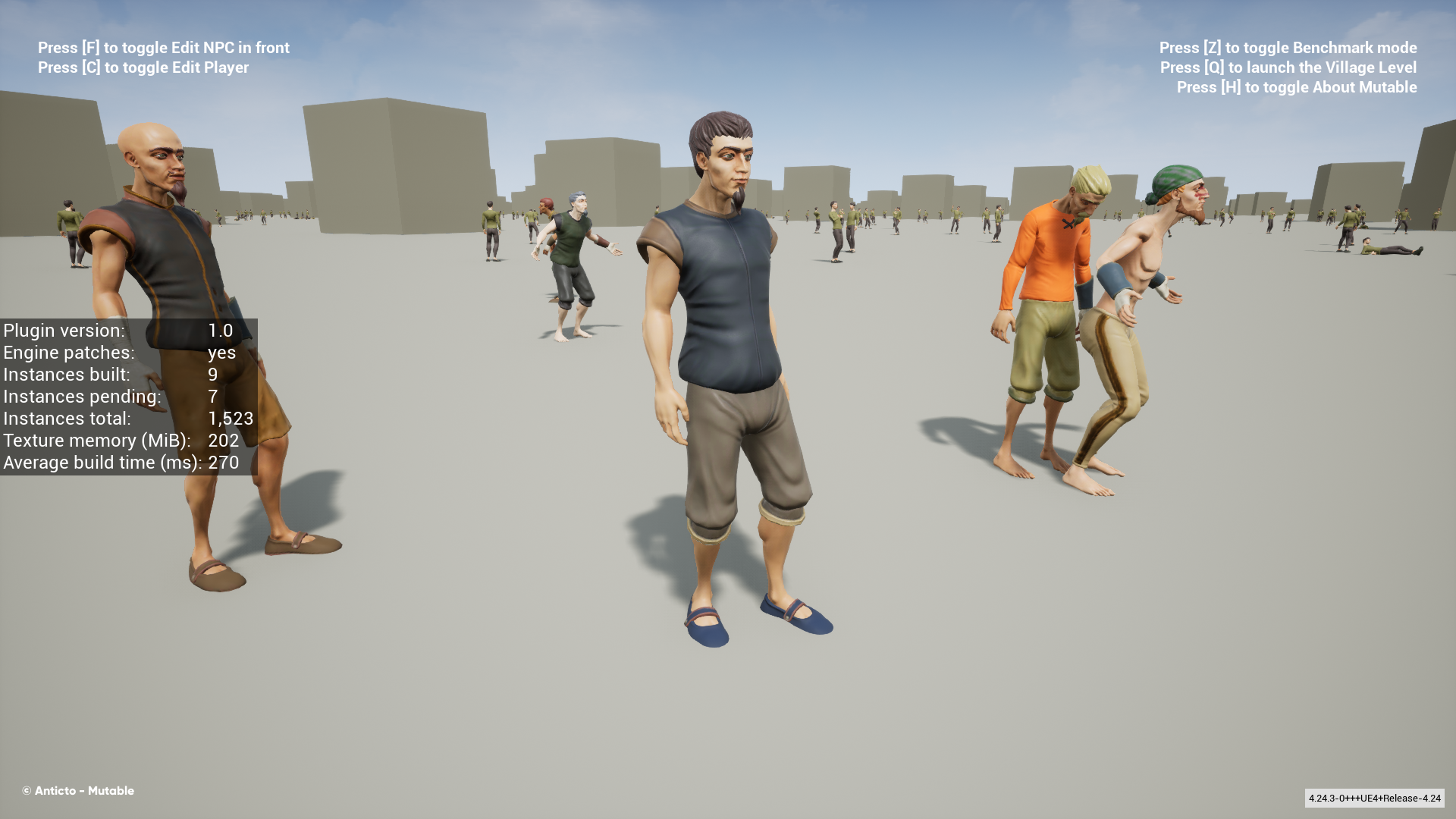 This demo shows how to build a high-end 3D model with the best looking features. It also showcases an example of using Mutable for inanimate objects, in this case a customizable weapon. To work with this demo a workstation with 32Gb of memory is required. 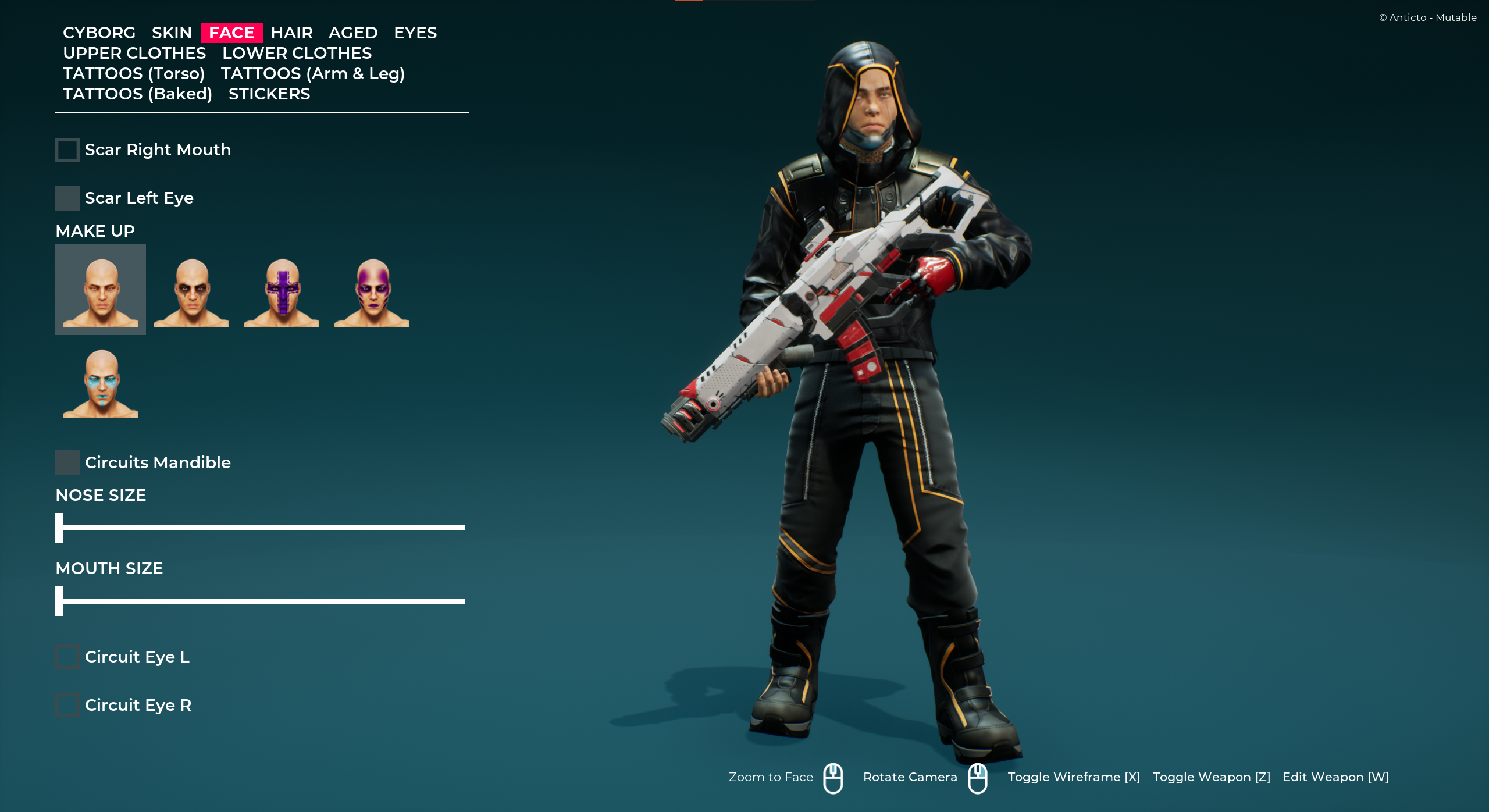 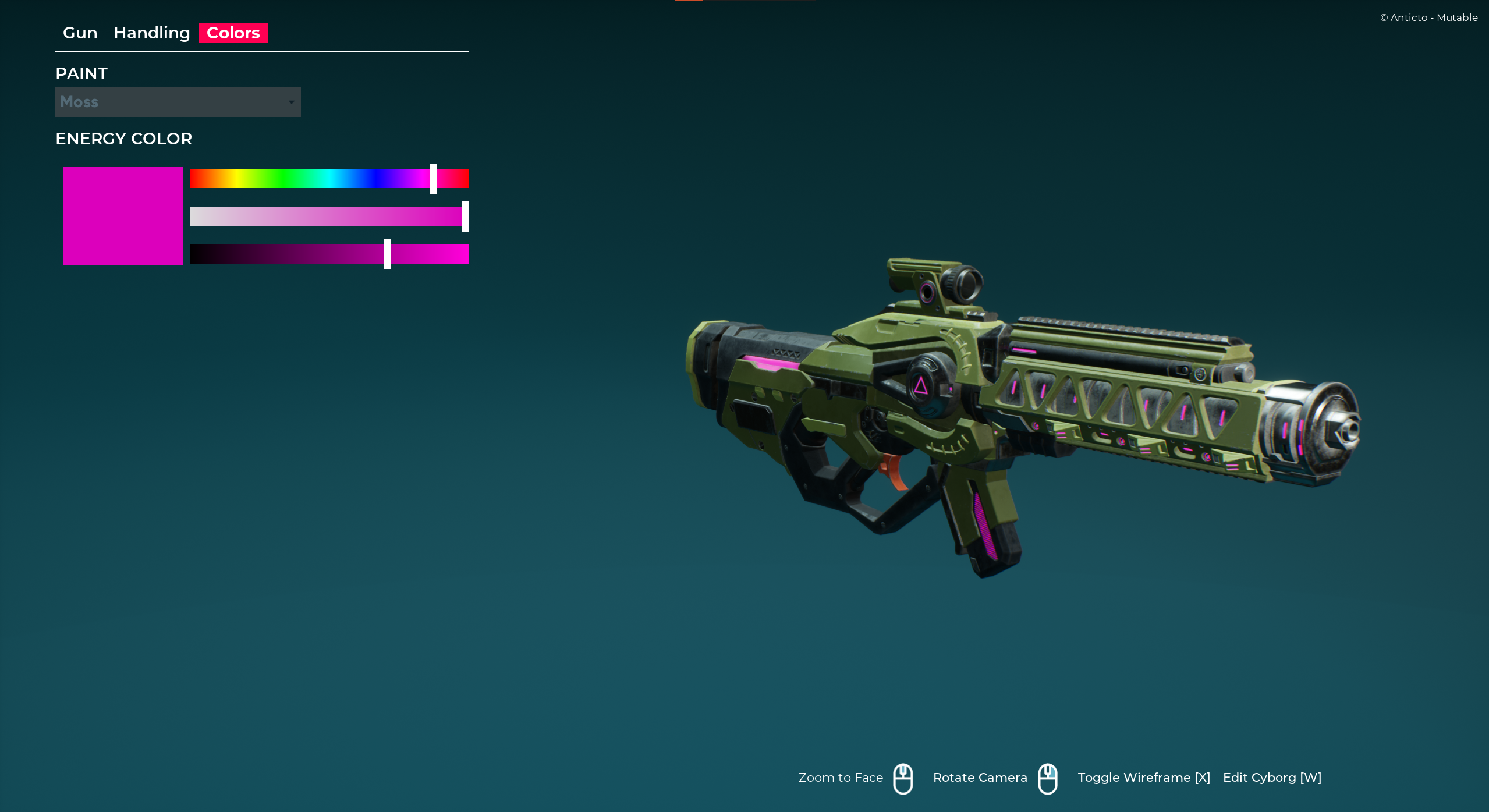